How blockchain can help tackle social media bullying and abuse

The role of social media and its impact on mental health has become impossible to ignore. Louisa Bartoszek explains how decentralised identity technology can help reduce online abuse.

I was saddened to see the racist abuse sent to former Arsenal footballer Ian Wright on Instagram. An unprovoked and direct attack from a complete stranger.

This is not a unique incident of course. Social media bullying and harassment is a serious and escalating issue facing all platforms today

Why do people think it is acceptable to directly attack other individuals online? People are entitled to their opinions, and differences of opinion are expected, ok and indeed encouraged. Different perspectives encourage learning, innovation and creativity. But there’s an acute difference between opinion and targeted abuse.

Perpetrators are seemingly allowed to publish damaging posts, or send unrequested direct messages, without any serious repercussions. Many of whom hide behind anonymous identities too.

The role of social media and its impact on societal mental health has become impossible to ignore. Cyber bulling, social media abuse and harassment, can happen anywhere, at any time of the day or night, which can make it feel inescapable to the target (victim) of the content posted.

Anyone who has been the target of online abuse will know that it doesn’t go away when you log off or switch off your phone. And the effects range from mild distress to — in the most extreme cases — self-harm and suicide.

It’s only a few months since British TV presenter Caroline Flack took her own life. Flack had talked openly about her experiences of what seems like daily abuse on social media (and of course by the tabloid media). Her death gave new momentum to #BeKind, a hashtag created in 2017 by Lucy Alexander, a mother who lost her son to suicide and wanted to make a stand against online trolling.

Yet here we are, only a few months later, and seeing more high-profile examples of the toxic state of social media platforms today.

Surveillance or a duty of care?

As people spend more and more time online; to shop, communicate, work, learn and play, our digital environment matters just as much as our physical environment.

The boundary between these two spheres is becoming increasingly blurred. Which raises the question: is it our human right to feel safe online? And how do we balance this against an individuals’ right to freedom of speech?

There is a difference between a ‘platform’ which purely hosts content and a ‘publisher’, which writes its own content.

Therefore, the issue here is, how do you properly regulate the internet without a level of surveillance on the internet? Perhaps the answer is through embracing blockchain technology, and specifically a new technology called decentralised identity.

Why do people troll?

Research from behavioural psychologists into why some people display bad behaviours online, or troll, is that they are allowed to do so anonymously. Many social media platforms allow people to make up screen names or handles that are not linked to their real-world identity.

Known as the online disinhibition effect, experts believe anonymity may drive more deviant behaviour because it is easy to avoid the consequences. Or have a perceived lack of consequences. Anonymity and obscurity suggest you would not be personally responsible. Which is generally the case.

And what action is taken against anonymous abusive twitter accounts? Very little if user reports are correct. At worst, an account is closed down. Yet, the user can create another account with a different email address in seconds and continue their negative behaviour.

Social media platforms need to take urgent action and remove the ability for users to be able to create fake or pseudonymous accounts. Requesting an email and phone number to try and combat the rise in bots — another growing issue on platforms linked to both harassment and spreading misinformation — is no longer enough.

It’s time for users to qualify to be able to use a social media platform. To declare who they are. That they understand the terms and conditions of a platform around online behaviour. And be held accountable for their actions, liable to tough consequences for breaching the rules.

It should not be this easy for people to access and abuse social media technology, which ultimately was created to help improve social interactions, not damage them.

Use blockchain to remove anonymity

Verified identity information would have immutable proof of ownership because the identity data would be signed by digital signatures, stored on digital ledgers, which cannot be altered. This makes it extremely hard to fake, greatly reducing the ability to operate on a fake identity on any social media platform which incorporates this technology.

As well as removing the risk of bad actors misusing personal user information through data aggregation and analysis, without express permission from users. As seen in the infamous Facebook / Cambridge Analytica data privacy scandal. Users could opt in and opt out, freely and easily.

And, of course, decentralised identity technology is fully compliant with global data privacy and digital identity regulations such as GDPR in the European Union.

An additional benefit would be that identity verification in this way would help to greatly reduce the number of ‘bots’ that are increasingly prevalent, spreading misinformation and discord. As well as helping platforms to improve policing the number of under-aged users if passport / identity card information is included.

Decentralised identity is the only architectural approach on the market today which provides the tools social media platforms and, potentially, state authorities such as the police in the case of dealing with activities deemed a criminal offence, require to access the identity data needed, whilst protecting individual users from digital fraud and data abuse.

What about identifiable trolls?

Technology alone does not offer a silver bullet to the problem. Personality plays a large part in how people behave online. Some individuals are outspoken by nature. Some people actually enjoy making people uncomfortable or angry. Some will express their opinions no matter what.

But will an online troll make the same comments and use the same hateful language if their veil of anonymity is removed? If decentralised identity applies a level of accountability and traceability to people on social media, I certainly believe that this would greatly reduce the amount of trolling.

Lawrence Lessig, in his book ‘Code’, described how regulating the internet cannot be carried out simply by enforcing stricter rules and regulation on people. People will happily break these rules because they know that they are safe behind their computer screen with their VPN. However, if you change the core architecture of the social media, by adding an identification layer, you are regulating the internet from another angle.

Adding an identification layer in this way would change the social norms on social media — moving away from anonymous trolling, hate speech and bullying and towards people having responsibilities for their actions, akin to in the physical world.

That is not to say that there will not be any places on the internet where people can voice their opinions anonymously: of course, there still will be. The internet was originally designed to be decentralised for this purpose.

Yet, social media sites, where children and everyday people seek to interact with their friends and family, should be regulated by another architectural layer: identity, which will lead to accountability.

As I said at the start, there is an acute difference between an opinion and targeted abuse. Technology can help to identify the user, but it is down to the platform to take action against users who contribute to creating an unsafe environment for others.

The question is, who will be the first to proactively incorporate blockchain and set the new global standard in online safety? Will it take heavy-handed Government intervention to force action?

Or, as we have seen in so many industries which have failed to adapt to changing societal needs or advances in technology, in the year 2030, will we have a completely different social media platform dominating and today’s giants obsolete. Lost to the history books alongside MySpace and FriendsReunited?

Food for thought as the UK marks Mental Health Awareness Week (18–22 May 2020). The theme of which, this year, is kindness. Be Kind.

CEO Viewpoint: Pandemic could be the catalyst blockchain needs to finally become mainstream

Could a President Biden ignite an “Earth Race” in green tech innovation? 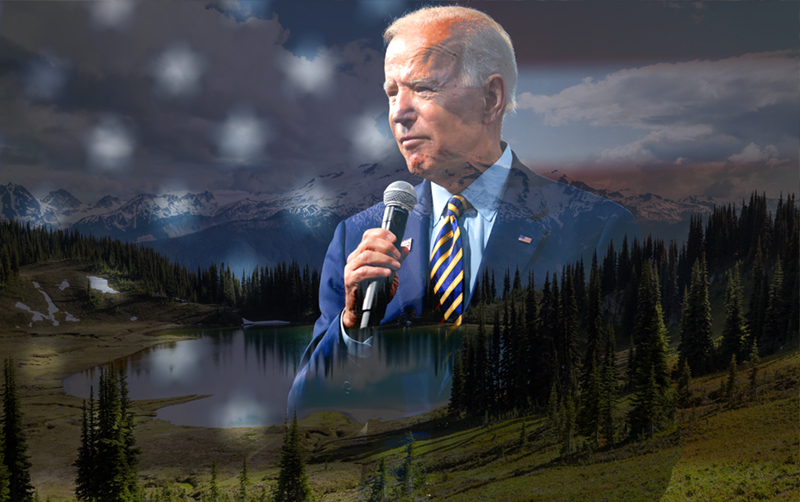